Is the Great Recession over at last?

Tim Worstall raised this question last summer. When can you say a recession is definitely over? Of course, the official definition is when the economy starts growing again which it did in 2009, albeit very slowly. But for most of us, the effects of a downturn come after the event so it still felt like a recession for some years afterwards. GDP returned to its pre-crash level in 2013 but some of that was simply due to a rising population. Per capita GDP went back to its pre-crisis level in 2014 but even this didn’t necessarily make us feel any better. Per capita Net National Disposable Income (NNDI), the amount of GDP available to UK households after foreign investors have taken their share, was still lagging. Much of that GDP increase was leaving the country.

Eventually, towards end of last year, NNDI caught up as well. 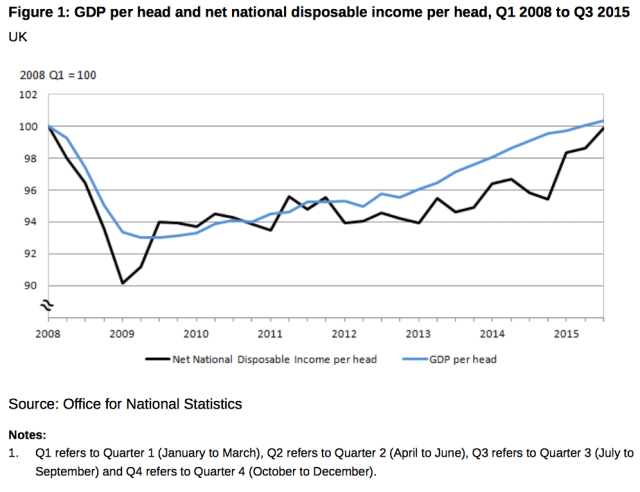 And at last, according to the Resolution Foundation’s report on living standards published yesterday, household incomes are now back to pre-crash level. 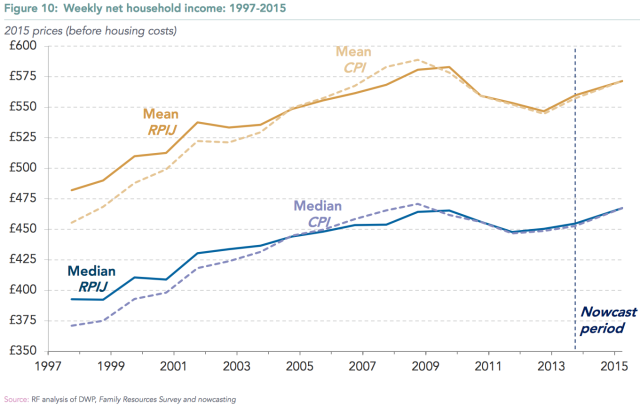 So was that the Great Recession then? Can we at last say that the damage has been repaired and we are finally back to 2008?

Not so fast. Household income measures all households, including pensioners, whose relatively high income gains bump up the figures. When you look at the incomes of working age households and allow for housing costs, things don’t look quite so so good. For pensioners on median incomes, the Great Recession is over. Those of working age might have to wait a little longer. 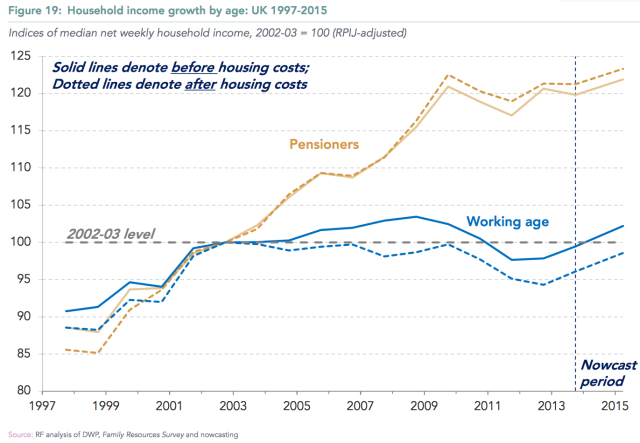 Some of this is due to the rising cost of housing for the under 35s, largely brought about by the increase in private renting and decline in home ownership. Pensioners, who are more likely to own their own homes, have been less affected by rising housing costs. This subject deserves, and will get at some point, a post all of its own but Section 4 of the report, Living standards and housing – the end of homeownership? is a disturbing read and contains some mind-boggling graphs.

But it is the pay squeeze that has really hammered working-age incomes. Even with record rates of employment, average pay is still below its mid-2000s level and is well short of its pre-recession peak. 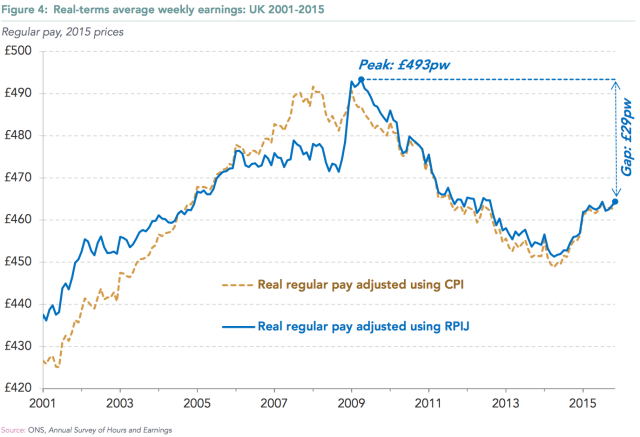 The Resolution Foundation reckons this gap will close over the next year or so and that “all measures are estimated to have surpassed their post-crisis peaks by 2017.” By next year, working age household incomes will be back to where they were before the recession. 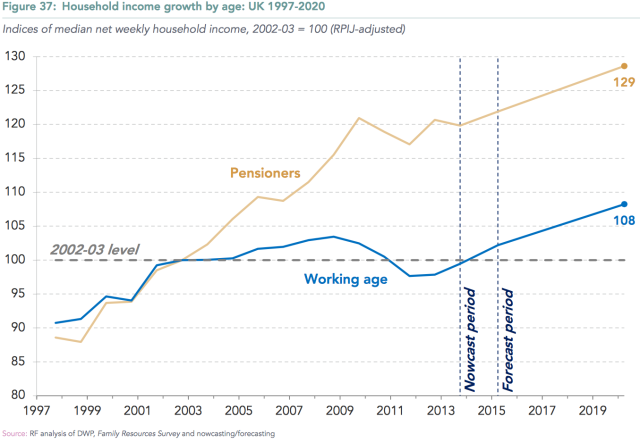 Even then there are some caveats:

[I]t is likely too that different parts of the country will enjoy faster levels of income growth than others. Generationally, there is little prospect of younger cohorts reclaiming any of the ‘lost income growth’ of recent years.

So for some regions, and the young in general, the aftershock of the recession will continue beyond its ten-year anniversary.

The post-recession income recovery has been much slower than in previous downturns. Only the very oldest among us can remember anything so severe. The financial crash and the recession which followed have had a devastating effect on the UK’s economy and on household incomes. 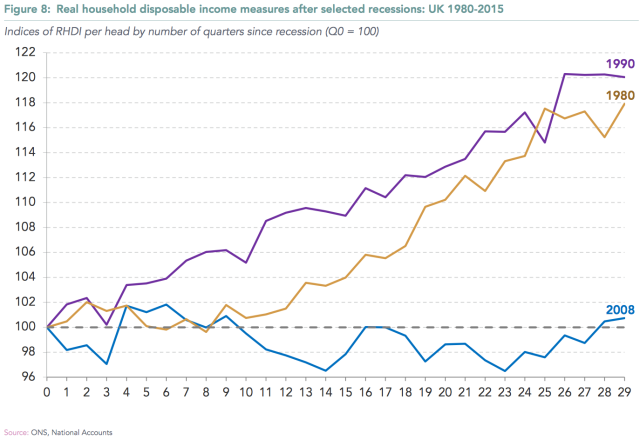 This chart from the IFS Green Budget, published last week, illustrates the underlying problem. Usually, after a recession, we have a few years of very high growth which repairs the damage and gets incomes and living standards back to where they were fairly quickly. This time, we have had a huge crash and mediocre growth since. All this talk about getting back to normal levels of growth ignores the fact that we didn’t make up for the lost years, as we have done in previous postwar recessions. 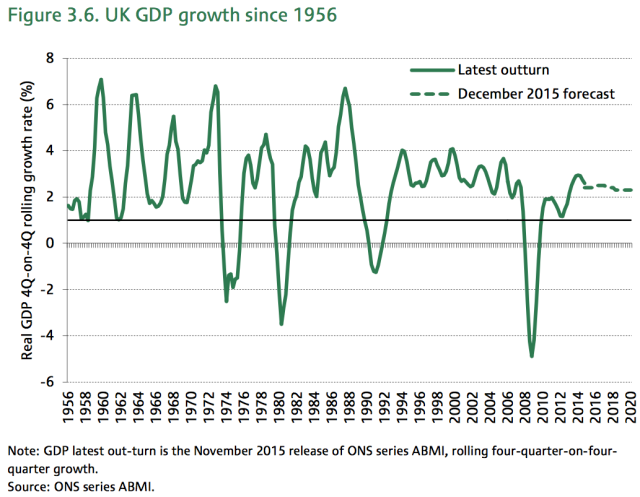 At the beginning of this month, the Bank of England’s monetary policy committee voted unanimously to keep interest rates at 0.5 percent, citing a slowdown in wage growth and downgrading its GDP forecasts. It is unlikely that we will see a return to interest rates we used to think of as normal much before the end of the decade. The recovery, then, is still fragile and the UK economy is still struggling to make up lost ground. Gradually, one-by-one, the indicators of recovery are turning positive but they have taken a long time. Britain may finally crawl out coughing and spluttering from the aftermath of the Great Recession just in time for the next one.