Selling Britain by the yuan

Apparently the Chinese state media rather liked George Osborne when he visited a few weeks ago. “Humility is the right attitude,” said the the Global Times, according to this translation in the Spectator, which went on to comment:

The article draws a contrast between Western public opinion, reflected in the media, where there are (unwelcome) concerns about Chinese human rights, and Osborne’s uncritical and polite approach. The Chinese version, however, oozes arrogance, saying that Osborne’s more deferential tone is “only indicative of a natural order”.

Britain’s allies find this deference worrying, says the FT, as the government rolls out the red carpet for the visit of China’s president:

In what is being seen in other western capitals as an unprecedented act of kowtow, almost every aspect of the British state will be thrown open to Mr Xi: Buckingham Palace, 10 Downing Street, Chequers, the Palace of Westminster, even the country’s critical infrastructure, including nuclear power.

Britain’s traditional allies regard this behaviour as bizarre at best and craven and dangerous at worst, while old China hands at the Foreign Office are in despair. “We will just have to hold our noses,” said one grandee as he contemplated a week in which Mr Xi will be feted in London and Manchester.

We use kowtow as a general term for subservience but its original meaning was the ritual act of prostration before the Emperor of China, performed by nobles, officials and, of course, the representatives of tributary states. Such was the natural order.

So why the kowtow? The Americans are in no doubt.

A senior adviser to US policymakers described the UK as “the only place where China is truly influential right now because they are so desperate for Chinese investment.”

One senior western intelligence officer commented: “The most charitable spin we can put on the current China policy of the British government is to say it is a pure mercantilist, unprincipled, self-serving decision aimed at attracting short-term investment. The big question is whether it actually works.”

That gets us to nub of all this. Leaving aside the national security implications of letting the Chinese state own a third of Britain’s nuclear power stations, it’s far from clear that this level of foreign investment in infrastructure makes economic sense in the long-term. As the Economist noted:

Mr Osborne may also calculate that Hinkley Point will create numerous jobs and building opportunities, the economic benefits of which would accrue quickly. The costs, meanwhile, would not become apparent until the plant is completed and bills rise. Future governments would reap the fallout, not this one.

Infrastructure investment always involves some form of state guarantee. If foreign companies put money into nuclear power plants, high-speed railways or the Northern Powerhouse, they will have to be paid back with taxpayers’ money at some point in the future. These are, effectively, giant PFI schemes. They might not show up as government debt but they amount to the same thing. Companies, either private or owned by foreign states, put money into UK public services in return for payments from the government in the future. As it is, much of our recent GDP growth has left the country in the form of payments to foreign investors. This will see our taxes going the same way.

If that’s the case, though, why doesn’t the government simply borrow the money at today’s record low interest rates? As the FT’s Giles Wilkes put it succinctly last month:

If the Chinese are so desperate to invest in Britain’s infrastructure, why can’t they just buy government bonds? Surely that will work out cheaper in the long-run and it wouldn’t give the Chinese state direct access to our nuclear power industry and other strategic assets.

That might be so but the Conservatives, and George Osborne in particular, have made eliminating the deficit their raison d’être. The state deficit was the political stick the Conservatives chose to use against Labour and now they have to see it through. They have, therefore, just passed a law ruling out borrowing for investment after 2019. Of course, this is pure baloney as all governments in modern times have borrowed to fund infrastructure but it means that the capital spending the country needs must be funded through the disguised borrowing of foreign investment and PFI deals.

But while the expedient may be short-term the ramifications of China taking a stake in the UK could be huge. The Economist wonders why there has been so little scrutiny in the media or parliament, given the fuss we make over sovereignty and the EU.

That this shift is so little discussed in Britain is remarkable. It could transform the country’s role in the world. The Foreign Office is already diverting resources from Europe to China; from political desks to trade ones. Britain’s growing friendship with Beijing appears to be losing it pals in Washington. Its new commercial links hardwire its economy into that of a vast partner whose stockmarket has fallen by almost 40% in the past three months. Mr Osborne points out that Britain is bound to the EU, too. But it is about to have a year-long debate, followed by a referendum, about that relationship. Where are the parliamentary wrangles over China? The prominent sinologists in Britain’s public life? The headlines about the intrusions on British sovereignty by the economic giant to which Britain is, for better or worse, tethering itself?

For reasons of ideology and political expediency, the government is sleepwalking into a potential geopolitical shift. No-one can be sure where this will lead or what the implications might be. At best, it will leave future generations paying some of their tax money to a foreign dictatorship. At worst, well, who knows?

At the FT’s Camp Alphaville in July, I saw the former Enron CFO speak. He seemed a little aggrieved that he had been punished for keeping borrowing off his balance sheet when everyone else, be they companies, banks or governments, seemed to be getting away with it. The Americans sent Andrew Fastow to prison for hiding debt. We will probably make George Osborne prime minister. 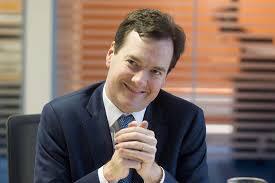 Update: Just seen this from a recent IPPR report:

Original modelling by Frontier Economics for IPPR suggests that public ownership during the construction phase, followed by selling the completed asset to the private sector, could lower the cost of capital by a 0.2–0.4 per cent, which would save consumers £1.2–1.8 billion (in 2012 prices) between 2015 and 2035. If public ownership were to continue through the operational phase, but a private company was contracted to run each individual plant, costs could be lowered by a further 0.8–1.2 per cent through to 2035, producing additional savings for the consumer of £2.5–3.7 billion over this period. Since this is money that would otherwise be taken from households and businesses through their energy bills, this amounts to projected savings of £35–57 per household over the next 20 years (in 2012 prices).

19 Responses to Selling Britain by the yuan