The rise of the migrant freelancer

Data from the Labour Force Survey indicates that migrants account for a significant proportion of the recent increase in self-employment, especially in London. (See yesterday’s post.) 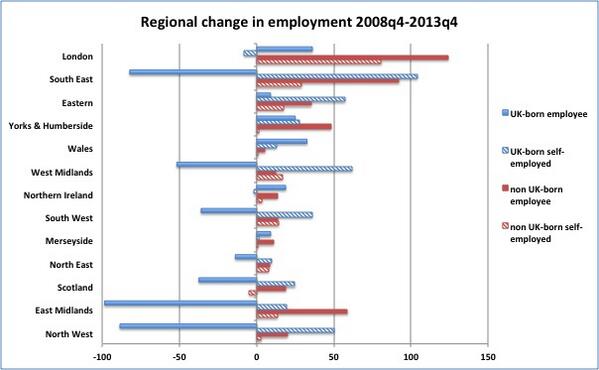 There’s a clue in this chart. Michael has broken the figures down to show which countries the non UK-born self-employed have come from.

The largest increases have come from Romania, Poland, Bulgaria, Pakistan and India. Some of those from India and Pakistan, while non-UK born, may have been here for some time as part of the established communities. It is also worth remembering that, for all the blather about EU migrants, much of the UK’s migration still comes from outside the EU. That from the Commonwealth is about the same as the total from the EU. 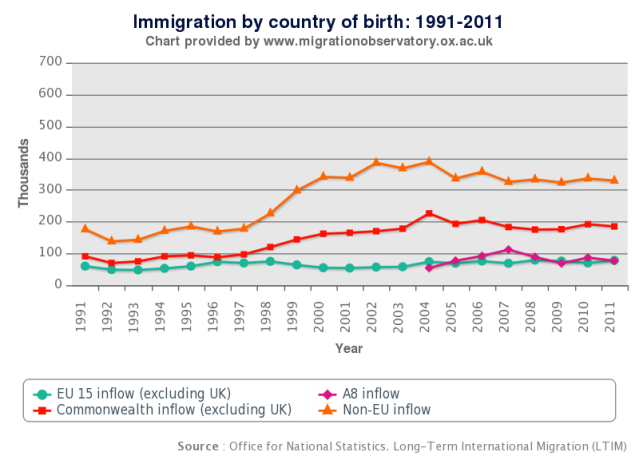 The figures for Romania and Bulgaria are also not surprising, given that citizens of both countries were prevented from employment here until this year but EU rules do not impose restrictions on setting up businesses.

Why the Poles? Well perhaps this goes back to the conversation I had with my Polish neighbours and their friends a couple of years ago. They told me that, even though they were working in their second language and were not familiar with the legal system, it was still easier to set up businesses here than it was in Poland. The latest business regulation indicators from the OECD suggest this is still the case and that something similar applies to Romania and Bulgaria too. 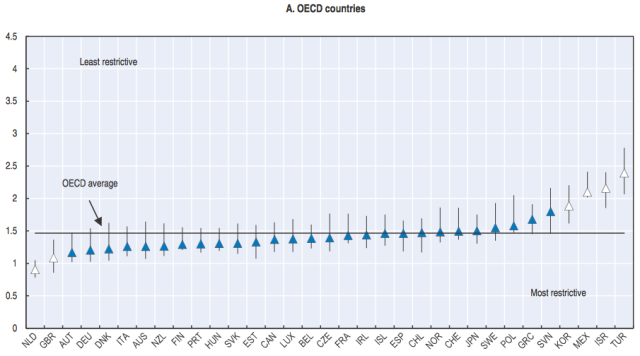 The UK is one of the easiest places in Europe to set up a business. Though there may be restrictions on working in the UK, there is nothing to stop EU nationals setting up businesses. For those that have a second language, it is most likely to be English. Taken together, these make the UK an obvious destination for those wishing to try their luck abroad.

Take low regulation, an international language, relatively open borders, restrictions on employers and struggling economies elsewhere in the EU and you have the recipe for a high number of sole traders from abroad setting up shop in Britain.

Like other aspects of the rise in self-employment, it will be interesting to see what happens now that more employee jobs are being created as the economy picks up and the restrictions on Bulgarians and Romanians getting those jobs have been lifted. Will people get permanent jobs? Will they go back home? Or will some of this increase outlast the recession?

It’s becoming clear that the post-recession labour market will look very different from that of 2007. Freelancers from overseas may well form a larger part of it than before.

2 Responses to The rise of the migrant freelancer